San Fernando de Henares is located in Madrid’s industrial belt. This area has become the economic heart of the capital and one of the most important in Spain and in Europe.

The city offers a number of varied facilities and services to travellers and workers in industries along the Henares Corridor. In addition, in recent years several leisure centres have been built, boosting the area’s appeal. 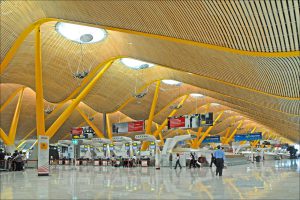 The Adolfo Suarez Madrid-Barajas International Airport is located just 5 km. from San Fernando de Henares.
This airport is the principal gateway to Spain. With close to 34 million passengers, it has the highest airport traffic in the country and is among the five largest airport complexes in Europe.

The Juan Carlos I Exhibition Centre is located 4 km. from the city.
The site offers 150,000 m2 of exhibition space over 10 pavilions, offices, and a spectacular 10,000-plus-metre convention centre.
Annually, exhibitions at the Feria de Madrid total more than 1.1 million m2 of exhibition space, with the participation of 37,000 companies. They receive close to 4 million visitors, of which 1.5 million are professionals. 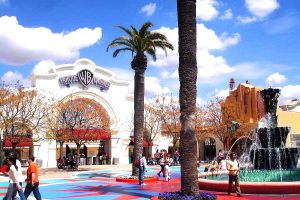 An amusement park inspired by the Hollywood production studios, with streets that recreate the sets and scenes of well-known films. Visitors experience the sensation of really being on a Warner Bros set. 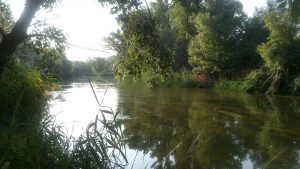 The area along the banks of the Jarama and Henares Rivers provide the city with a lush landscape. 60% of the city is part of Sureste Regional Park. Without leaving the city we can stroll along Chopos Walk, Agujeta Path and the fields of the Guindalera. The new Stadium of the City of Madrid is just four metro stations from our hotel. In about 10 minutes is possible to arrive to every sports or musical events made in this Stadium.